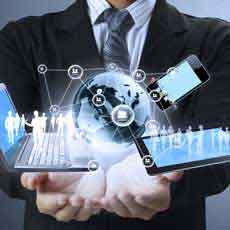 QuickBooks desktop is designed to run in a Windows environment.

An important ‘catalyst’ enabling QuickBooks to run on windows is the .NET Framework.

.NET is a software framework developed by Microsoft that runs primarily on Microsoft Windows. It includes a large class library known as Framework Class Library (FCL) and provides language interoperability (each language can use code written in other languages) across several programming languages. Programs written for .NET Framework execute in a software environment (as contrasted to hardware environment), known as Common Language Runtime (CLR), and an application virtual machine that provides services such as security, memory management, and exception handling. FCL and CLR together constitute .NET Framework. REF: NET Framework

Full compatibility will be reached between QuickBooks 2014 and Windows 8.1 with the R6 Patch, due for release end of June 2014.

Adjusting currency symbol and correcting date formats are not options found under QuickBooks preferences- instead these settings are found in the Windows Regional settings.

For (i) exporting of reports to be correct (ii) currency to be set to ZAR (iii) amount formats configured for South Africa, we recommend regional settings are configured as follow:

1. Be sure Regional language format is set to ‘English (United Kingdom)’. 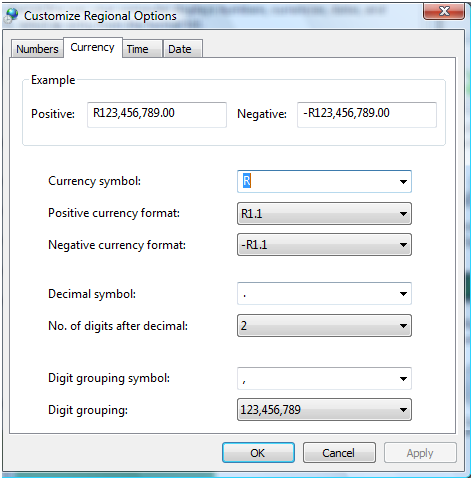 Did you miss last month’s technical newsletter? Summary of what was covered…

QuickBooks is compatible with Terminal Server

QuickBooks is not a flat file